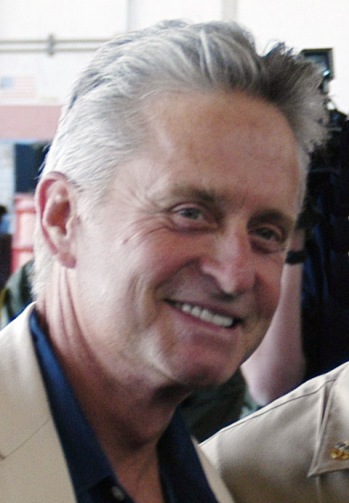 According to The Oral Cancer Foundation, there are two distinct causes of oral cancer. One, which I have mentioned in an earlier article is through the use of tobacco (and alcohol), a long time historic environmental cause, and the other is through the exposure to the HPV-16 virus (human papilloma virus version 16), which is a newly identified etiology, and apparently the same one which is responsible for the vast majority of cervical cancers in women.  And a small number (under 5 %) of people acquire oral cancers from no currently identifiable cause, presumably caused by some genetic predisposition similar to other cancer causing agents.

While most think this is a rare form of cancer, mouth cancer (popularly thought to be the result of chewing tobacco) is diagnosed in about 100 individuals each day here in the US alone, and one person dies from oral cancer every hour of every day.  If you add the sub category of laryngeal throat cancers like Michael Douglas was recently treated for (and most likely a result of his smoking and consumption of alcohol), the rates of occurrence accounting for about 10,000 additional new cases per year, then the death rate is significantly higher.   But these statistics can be drastically reduced when found at the early stages of development.  With early diagnosis, oral cancer patients have an 80 to 90 % survival rate.

Unfortunately at this time, the majority of cases are found as late stage cancers, and this accounts for the very high death rate of about 45% at five years from diagnosis.  The reason for these late stage diagnoses is not because these cancers are hard to discover, rather it is because of a lack of public awareness.  The American Dental Association states that only 60% of the US population sees a dentist every year, which leaves 40% to happenstance.    If heightened public awareness were coupled with a national program for screenings, diagnosis of oral cancers would yield early discovery by both medical and dental professionals.

Ironically, it is potentially easier to obtain public compliance to oral cancer screenings, because unlike many other cancer screening procedures, there is no invasive technique required to look for it, no discomfort or pain involved, and it is very inexpensive to have your mouth examined for the early signs of disease.  Realistically, it only costs about $35.00, usually 10 times less than a blood test at your annual physical.

It is important that patients realize that a visit to the dentist is no longer about a filling, a crown, or a postponable cleaning, but actually an exam that is a matter of life and death.  It’s important for patients and dentists to start a dialog today.  Even if talking about cancer is difficult, there are mechanisms around this.  Creating awareness, discovery and diagnosis is the purpose of April being Oral Cancer Awareness Month.  So when it comes to oral cancer and saving lives, these are primary responsibilities of the dental community.  The most important step in reducing the death rate from oral cancer is early discovery.  And no group has a better opportunity to have an impact than members of the dental community.   If our practice can be of help we are offering free cancer screening during the month of April.