Dental Expenditures are a bargain… for now. 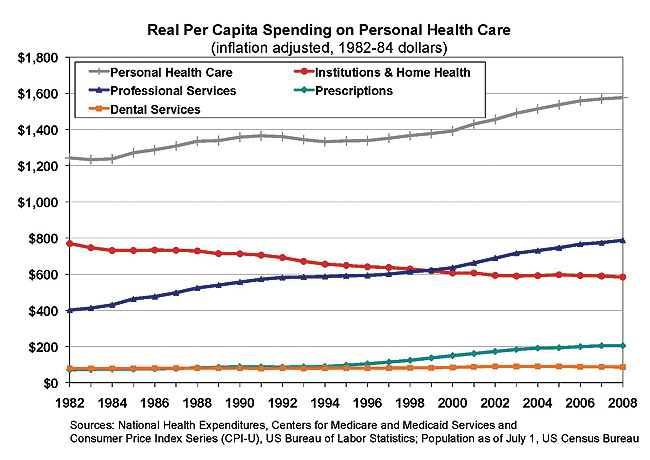 The overall average for personal healthcare has risen much faster than the average for all consumer items, nearly quadrupling in the past 25 years.  Whereas per capita spending dental costs have remained flat.[1]

Most dental coverage in the United States is obtained through employer-offered plans, and basic Medicare does not include such benefits. Seniors’ spending on dental care is, therefore, more sensitive to income than spending by younger age groups.  Whether dentistry will continue to maintain its relative position in per capita utilization depends, at least in part, on how the baby boom demographics will impact dental care demand in the next two decades.[3] 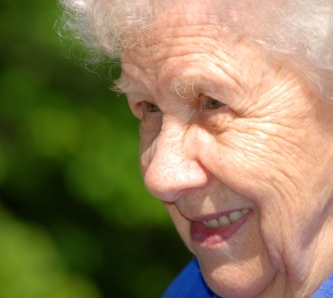 The challenges faced by both the dental profession and the nationas a whole regarding provision of oral health care servicesto older adults were the subject of a recent report preparedby Oral Health America.[3]  All 50 states were surveyed to determine the level of Medicaidcoverage for dental services, and the report concludes thatfinancing oral health care services for the elderly will be a majorchallenge to our future.  Medicare does not provide any coverage for dentalservices, and only 1 of 5 Americans aged 75 years or older hasany type of private dental insurance.  Given our current economic circumstances it will be highly unlikely that our government resources will be adequate to gear up for the impending problem of oral health for the elderly.

The elderly suffer from chronic disorders that can directlyor indirectly affect oral health, including autoimmune disorderssuch as pemphigus and pemphigoid.[4] They generally requiremultiple medications, and common side effects of the more than500 medications used to treat their overall health issues usually reduce salivary flow.[5]   Usually the reduction in salivacan adversely affect their quality of life, the ability to chew, and lead to significant problems of the teeth andtheir supporting structures.

The elderly may also have difficulty performing routine oralhygiene procedures because of physical limitations, such as Parkinson’s or rheumatoid arthritis.  In addition,oral infection is now recognized as a risk factor for a numberof systemic diseases, including cardiovascular diseases, cerebrovascular diseases,diabetes, mellitus, and respiratory disorders.  Also,it is important to note that once people have lost their teeth and are using complete dentures, their oral healthneeds do not decrease.   Our jaws are not static and may continue toresorb over time.  Besides the continued resorbtion of bone, improperly fitted dentures can adversely affectchewing, leading to poor nutrition.  In addition, those without teeth remainsusceptible to oral cancer, mucosal diseases, and alterationsin salivary gland function.

So for the vast majority of seniors who will reside in a long term care facility, financingof oral health care services will be a formidable challenge.Given that medicare does not provide coverage for routine dental services including exams,and in the absence of private insurance or personal resources,a large portion of this group will not be able to afford anydental services whatsoever, let alone the most appropriate treatments.  Clearly, there must be a response to the increasing oral healthconcerns of the elderly who present with special needs, especiallythose who are homebound or living in long term  facilities burdenedwith other chronic disorders.

While effective preventive measures exist for younger populations(water fluoridation, dental sealants and parents), no preventive measureshave been devised to address the expected increase in oral healthneeds of the aging population.  And the need for a coordinated effort to address the oral healthcare needs of the elderly suggested by demographic trendsand epidemiological data necessitates our planning for what might be considered a crisis or at least a paradigm shift in oral health care delivery for the elderly.  Such a plan must consider contributions from the dental profession, possibly through the efforts ofthe American Dental Association (ADA) and its state and localassociations; the dental schools, with involvement of the American Dental Education Association; federal, state, and local health authorities; and assistance from national organizations andfoundations that focus on health care.  The dental profession has an opportunity to take a leadership role in the delivery of health care services to the seniorswho have contributed so vitally to our society’s well-being and who deserve to be treated with the best oral health care we have to offer.

Dr. Scheinfeld is a prosthodontist specializing in geriatric care.

[1]Oral Health in America: A Report of the Surgeon General. Rockville, Md: National Institute of Dental and Craniofacial Research; 2000.